In the second place, French architectural styles have also drawn from influences around the world. The end result of both of these feats is the realization that there are numerous styles to study and find examples of. If you are just beginning to learn about French architecture, there are a few specific examples that are worth paying attention to.

The obvious problem with studying French architecture is the fact for a beginner, the seemingly endless universe of names, buildings, styles, and periods stretched out before you can be a little daunting. Consider these three examples of French architectural styles to get you started. Along the way, look up any of the famous French architects that come up:

1. French Gothic: The cathedrals that dominate the French landscape are amongst some of the most extraordinary, historically significant buildings in the world. The gothic architecture style was utilized for several centuries, and it continues to be a highlight of France’s most famous architectural styles. If you want a good example of what we are talking about, check out the massive, amazing Notre Dame de Paris, which saw contributions from the likes of Pierre de Montreuil and Jean de Chelles.

3. Modernist/Contemporary: Famous French architects from this period would have to include Le Corbusier (who would eventually become a French citizen), Jean Nouvel, and Dominque Perrault. Notre Dame du Haut, Villa Savoye, and the Institut du Monde Arabe can give you a clear idea of this style. More importantly, these buildings can show you the incredible styles and elements of history that have come before it.

Keep in mind the above list is only a sampling of what you can find in France…:) 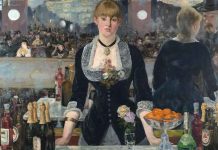