Quite frankly, it is absolutely impossible to tell the story of art history, without giving serious attention to French artists, the French painters more specifically, and the world of French modern art in general.

When we talk about the Modern Art period for France, we have to begin with a look at the works of Matisse and Derain. These were the French artists who utilized sharp, almost combative colors in their work. Such works caused considerable controversy in the time period, but they also set the tone for French modern art. Pablo Picasso (who was actually born in Spain, but people don’t seem to be bothered by that, in terms of counting Pablo amongst the great French artists) and Georges Braque are two significant figures from this period. When he wasn’t busy making headway with the readymade, Marcel Duchamp liked to dabble in things like cubism, which is unquestionably one of the most iconic styles to emerge from the modern period.

With French modern art in general, you are talking about an era that quite frankly changed not only the world of art, but the planet itself, as well:

1. Claude Monet: It is staggering to consider the variations within the generations that have been inspired by the drive, passion, and endless creative spirit of Claude Monet. This impressionist painter often worked with nature scenes in the impressionist approach. Even so, he lived to experiment, which gave many of his works a profound avant-garde reputation in their heyday.

2. Paul Cézanne: This post-impressionist painter was an icon to people like Picasso. His innovations make it difficult to imagine French modern art without him. To look at his later works, it is difficult to imagine that he actually started his career as an impressionist. His contributions to existing styles, as well as the way he innovated entirely new ideas, would make him an essential member of any French artists list.

3. Vincent Van Gough: Although born in the Netherlands, Van Gough died in France. This painter of some of the brightest, most extraordinary scenes in the entire history of all French painters will forever be connected to the country he called home for a number of years. It is unfathomable to imagine that this man died, without ever knowing what his work was going to mean to France, and the world at large. Some believe that his work truly exemplifies everything that is good about the whole of humanity.

What do you think? 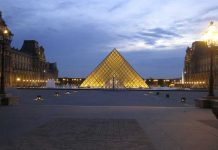 Modern French Architects: Are They Re-Designing France? What Tools Do They Use? 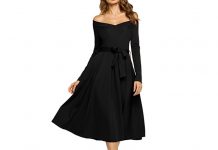