Making money in any Stock Market is not an easy task, especially these last years of extreme volatility. In terms of understanding the French stock market, which can be useful to those who are significantly interested in learning more about European stocks and the European stock market in general, there are a number of things that you are going to want to keep in mind.

To begin with, the French stock exchange is actually known as the Euronext Paris. This equities market is a powerhouse, to be sure. It also boasts a fascinating history, particularly in terms of how the French stock market came to be involved with this merging of European stock market interests. While this history is not particularly essential to learning how to make money with European stocks in the French market, it can be compelling nonetheless.

Originally, a share transaction in France would take place at the Bourse de Paris, which was also known as the Paris stock exchange. By the late 20th century, this national system was also incorporating a number of considerably smaller exchanges. In 2000, the Bourse de Paris merged with the Amsterdam and Brussels exchanges to create what would become Euronext. This in turn merged with the New York Stock Exchange in 2006, creating what was then known as NYSE Euronext. Now it’s Euronext Paris.

If you plan to deal in European stocks, it stands to reason that you will get involved in some form or fashion with this cornerstone of the European stock market. Note that while the French stock market is certainly influential, as well as quite powerful, it is not a global exchange. Of all of the stock exchanges currently operating throughout Europe, only the London Stock Exchange has the ability to operate on the global stage. Beyond the London Stock Exchange and NYSE Euronext, the other major European stock exchange would have to be OMX. This is a combination of Scandinavian and Baltic exchanges.

Working with the French stock market, or operating with the European stock market in general, is not impossible by any means. If you are just beginning to learn about the various stock markets, about buying and selling, and about all the rest, then make sure you feel secure in your foundation of knowledge. European stocks are the same as any other stocks, in terms of demanding the individual know the basics of trading. When you start trading, start small.

As you learn the basics, some stocks from French companies to check out would include Societe Generale, BNP Paribas, and Cap Gemini. 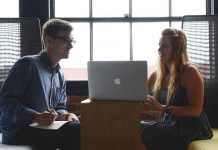 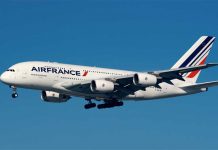