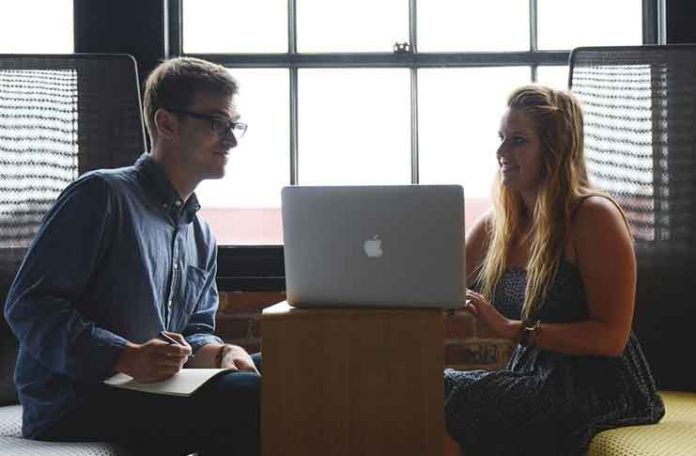 France is probably not the first country that pops up in the mind of most high-tech investors, when they’re looking for a new exciting tech investment. However, that might be changing, slowly. The French Tech and Startup scene all across France is bubbling and growing in exciting dimensions. Young French startups are showing that they got the necessary skills and brains to become a major player in the global tech scene. A more business-friendly government is fueling more venture capital investment firms to join the big change, and they are putting their buck on all sorts of French tech startups.

Just a few years ago, the French tech scene was viewed as very closed and condescending. French startups used to (and some still do) build their products and services for their French home market first (and sometimes only!), instead of focusing on creating international startups right at the start. Until 2012, France even had its own version of the web called Minitel (but it closed down eventually). Many French still use their own word for “email” = courrier électronique. However, things have changed in the French tech scene since then, and they keep on changing rapidly. They have no choice. If the French want a piece of the American, Chinese and other global investments, and want foreign startups to think of Paris or Lyon for opening their international offices – the French need to keep on changing and internationalizing. Many French startups have understood this and are now booming, companies like Criteo, BlaBlaCar, Deezer or Dailymotion – which are all french made.

Understanding the Stats of the French Tech Startup Scene

According to the latest statistics, there are approximately 9,500 French startups in France. As for venture capital investments – this number has risen last year to over 2.5 billion euro, placing France in 2nd place in the European startup scene, only behind the United Kingdom.

What is fueling this boom? Well, it’s a mix of reasons. There are currently more than 130 venture capitalists operating in Paris, and around 40,000 engineers graduate in France every single year. A French software engineer’s salary can be half of that of his Silicon Valley counterpart. It’s a good reason for companies to establish themselves in France and hire, but on the other hand, the low salaries are a big factor driving many French engineers to the U.S.

The French government is trying to halt the outflow of quality manpower in a few ways. One is by offering lucrative research tax credits to French tech companies, guaranteeing to cover up to 30% of a company’s R&D expenditure, or up to 100 million Euros. One example for a Silicon Valley company that took advantage of this is messaging app Symphony. They faced high salaries and high turnover rates in the U.S – both of which are far lower in France. So they opened a research center in Nice, taking advantage of the strong talent pool – as well as the 30% tax credit on R&D, which is huge.

This is definitely one of the reasons for the amazing growth in funding for French tech startups in France. In 2016, according to Dealroom.co (a company that monitors tech-industry trends), seed rounds tripled and early stage doubled. France saw 590 rounds of capital raisings during that year, the highest number in Europe. Investors are definitely turning their eyes and wallets to the French startup scene, and specially to its beautiful capital.

Paris: The Next “AI Center of the World”?

Paris city legislators are also working hard to encourage different tech incubators and accelerators to set up in the city of lights. The French Tech Ticket program, introduced by the French government – helps Paris achieve this. The program offers foreign startups (teams of two or three English-speaking founders) up to 45,000 euro a year, together with 12 months in an incubator – if they establish their office in France.

I’m not sure if that was the reason for the big move by social media giant, Facebook – who recently picked Paris as the location for its first-ever Startup incubator. They also opened their AI lab in Paris, which some already call “the next AI center of the world”. Cisco and Microsoft followed by setting up their own on-site AI programs in the giant 34,000 sqm Station F complex in Paris (the largest Tech campus in the world!). All of these moves are big votes of confidence for the French tech scene.

Another factor that is fueling the French startup scene is the Brexit. The UK has long been one of the main tech startup hubs of Europe, but as it’s preparing to leave the EU soon – many companies are re-locating from London to Europe, and France is among the top destinations.

“44% of the business of French startups is done at the international level”, says Pierre-Damien Burger, Secrétaire national of the internet of things (IoT) and manufacturing French tech network. French tech startups are slowly becoming global players. You can even see evidence of a more global attitude in the big cities, and even more people willing to speak English (!). In the last CES exhibit (one of the world’s largest Technology trade shows) – 30% of all exhibitors were French.

One company that is doing a lot to promote this, is the French Tech Hub, a growth accelerator for French tech companies in the United States. Launched in 2012 by top French government officials – it has a unique public-private business model. The French Tech Hub sells all sorts of services to French startups (services like market discovery, product-market fit, sales and marketing, funding support, etc) – while at the same time – it has a mission of creating jobs in France.

If you ever plan to apply for a french growth accelerator, you’ll need to do a lot of work presenting your startup, the right way. Prepare all the tiny little details, with graphs, reports, powerful presentations, and even professional videos. If you don’t have all the tools, you can find these online. For example, Business commercial videos can be created with this website.

The Good and Bad about Starting a French Startup in France

Let’s start with the Bad. If we compare the French tech scene to how it was years ago – it’s booming. However – if we compare it to the tech scene in the U.S, Ireland, Israel and other startup nations – it is still lagging quite a bit. Investment and risk taking are not even close to the U.S standard. Flexibility is also still a big issue, specially when it comes to the old french-style hierarchies and management structures. French bureaucracy, French labor laws and high taxes are all big issues as well, which make it hard for local companies to attract outside talents or grow in a healthy way. And of course, the language. Many French don’t speak English or don’t feel comfortable speaking in English, so you’ll probably need to learn some basic French.

As for the Good, no. 1 is definitely the French life style. Working in the French Tech hub in Paris is super sweet. Who can say anything bad about living and working in Paris? It’s a beautiful, well-connected city with a great transport network and links to close-by airport hubs. A big plus is that the government now helps small businesses, also international startups that choose to move their business to the city. On top of that, the French are extremely direct. They will tell you the truth right in the face. And lastly, you won’t find that extreme ‘Silicon Valley’ work pressure in the French tech scene, where employees enjoy the same basic benefits that all french do, which means – lots of vacations.

Lastly, in his speech at the last VivaTech conference, French President, Emmanuel Macron, emphasized that his new administration has put French tech at its center agenda. “The government should facilitate success, not regulate it”, he said. “I want France to be a startup nation…a nation that thinks and moves like a startup”, he added.